Introduction
The body of standing man is built as an inverted pendulum possessing a great number of degrees of freedom. We observe that it can lock, or not, a more or less big number of these degrees of freedom to control its upright position at rest, what represents a possibility of very numerous postural tactics, in theory.
Now, the investigation of these various tactics by stabilometry is never made practically, as far as we knew, although we had two types of analysis to study them: analysis of shear forces and analysis of the rhythm of centre of pressure movements.
Indeed, the period of a pendulum being a function of its length, if the length of human pendulum is divided by unlocking some of its degrees of freedom, then the period of each of the parts is inevitably lower than that of the whole, the pendum with a single degree of freedom.
We put forward that these modifications of periodicity can be read on the recordings of the centre of pressure by studying the rhythm of the 'dance' movements of this application point of the reaction forces. We suggest naming this rhythm: " Sasaki's rhythm ". [By rhythm of a phenomenon, we mean the series of intervals of time, which separate similar events of this phenomenon.]
As locking/unlocking degree of freedom is not considered as an aleatory phenomenon of motor control (Bernstein, on 1947), this hypothesis includes:
1) That the rhythm of the dance of the centre of pressure is stationary,
2) That it can be modified in certain situations,
3) That these modifications can be considered as a change of postural tactics as far as one notices that they allow to react effectively to disturbances.
We show that these three conditions were verified by the experience of Sasaki and coll. (2002).

Material and Method
Recordings :
23 subjects (3 Women and 20 Men) were recorded on a standardised stabilometry platform of the French Association of Posturologie (Bizzo et al., 1985; AFP, 1985; Gagey et al., 2001) in three series, randomised, of two successive recordings in the following situations:

The optokinetic stimulation (OKN) was always the same: 60 °/s, rightwards, during 60 seconds, not trying to follow a target. Ten minutes rest between every series.
Signal Analysis
Global parameters: Five global parameters were calculated: The area of the 90 % confidence ellipse (Takagi and al ., 1985), the length of the stabilogram in X, in Y, in XY, the Romberg's quotient .
Structural parameters: The similitude coefficient of Le Van Quyen and coll. (1999) was calculated in each of the three series of recordings, by comparing the stabilograms in each serie:

In X and in Y.
The similitude coefficient expresses, by means of an intercorrelation, the degree of resemblance between two clouds of points, built in a phase space of 8 dimensions (Fig. 1), from the data of every recording, every point of a cloud being defined by a vector of eight parameters, every successive parameter of which represents the duration of the interval of time, which separate two identical events of the stabilogram (Fig. 2), in X and in Y. 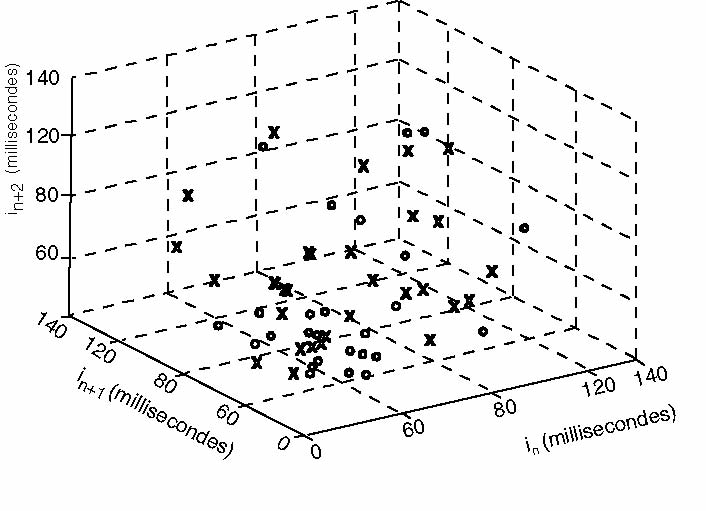 FIG. 1 - Projection on a three dimensions space of the clouds, the similitude coefficient of which are studied in a phase space of 8 dimensions. 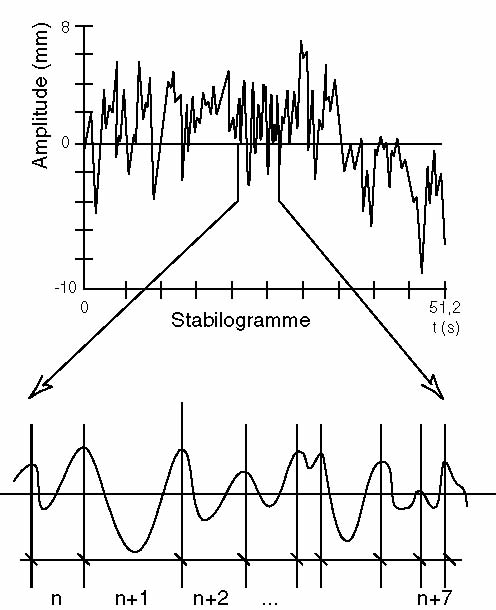 FIG. 2 - Construction of the elementary vectors.
Every elementary vector defining the 8 coordinates of every point of a cloud is constituted by the duration of the 8 time intervals (n, n+1. n+7) which separate 9 identical events of the stabilogram, here the passage by a maximum. 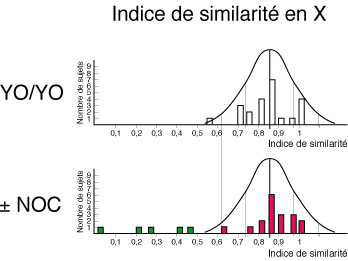 FIG. 3 - Distribution of the similitude coefficient in X, in comparisons of EO/EO and EO±OKN situations .
The variances of these two distributions are statistically very different (F=5,83) 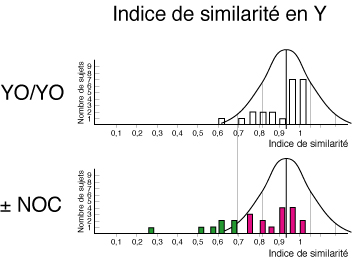 N Area (mm2) p
+OKN -OKN
Not modified 12 150±110 300±200 < 0,05
Modified 11 180±90 220±90 ns
TAB 2 - Averages and standard-deviations of statokinesigram area in EO±OKN situations as the subjects modify or not their Sasaki's rhythm.
One can notice additionally that the 11 subjects which modify their Sasaki's rhythm under optokinetic stimulation behave as blind persons in the EO/EC series. The postural "blindness" in the EO/EC series and the change of Sasaki's rhythm in the EO±OKN series indicate, in two different manners, that these subjects integrate the visual information differently.

Bernstein N. (1947) On the construction of movements. Medgiz (Moscow)

Micheau P., Kron A., Bourassa P. (2001) Analysis of human postural stability based on the inverted pendulum model with time-delay in feedback. Proceedings of the 2001 american control conference, 1-6, 2297-2298.